First, we work harder. We work long hours, just like many of the political clients we serve, and we push through when it gets tough, because money doesn’t sleep and raising money isn’t easy.

Second, we work smarter. Our comprehensive approach to fundraising means we develop and follow a strong plan to reach goals. We take nothing for granted, and use cutting-edge technologies to raise as much money possible, as quickly as possible. 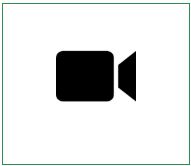 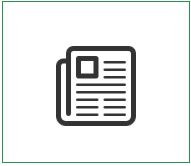 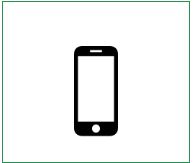 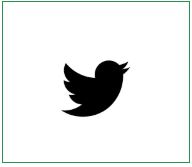 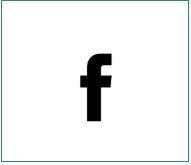 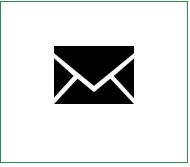 ApaFirm started in 2002 as a staffing network, helping connect staffers with political campaigns. The network became ApaFirm Fundraising in 2010 when the firm’s primary focus turned to raising money and providing management services including planning and budgeting as well as organizational services . ApaFirm also serves some non-profit, and small-business organizations.

ApaFirm Fundraising’s philosophy is based on the techniques developed by Anastasia Apa on the campaign trail while she worked as a campaign manager and fundraiser. Since 2002, Apa has built a reputation for breaking fundraisings records for Democrats in tough-to-win, Republican-leaning districts, and has special experience working with first-time candidates, and in races where there was no historical fundraising base. Apa brought the techniques and processes of successful fundraising in those challenging circumstances to the ApaFirm Fundraising System. At ApaFirm, we connect the long-term planning and relationship building fundamentals of non-profit fundraising to the fast-paced, frugal attitudes of political fundraising. 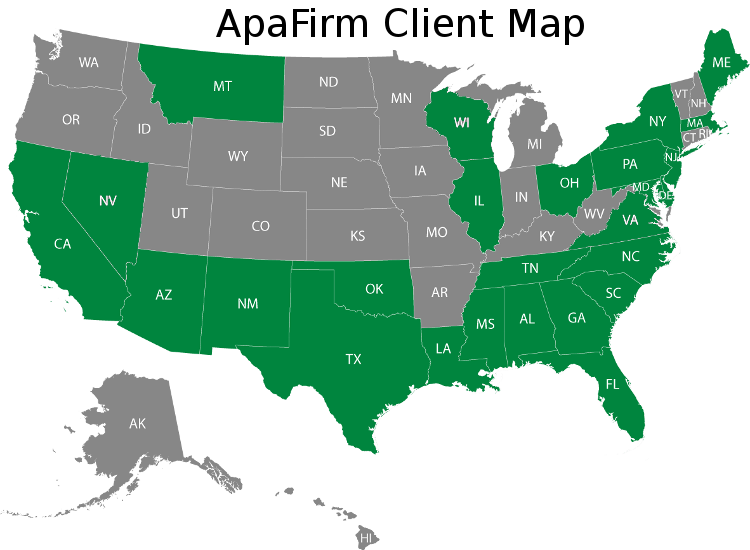 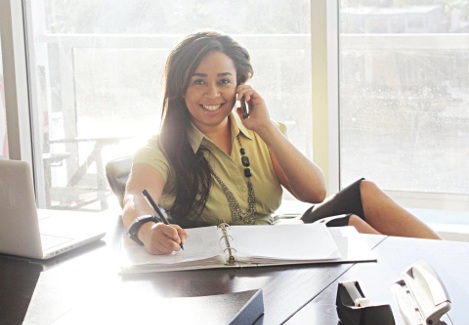 Anastaisa Apa, who goes by Apa, started in politics in 2001 as an intern in the office of Congresswoman Carrie Pittman Meek in her hometown of Miami, Florida. As an intern, she worked on HIV/AIDS education projects as well the first Early Vote Campaign Initiatives, which Rep. Meek spearheaded in Florida. After completing her internship, she was recommended to manage a Miami-Dade countywide race for the ACLU of Florida’s “Say NO to Discrimination” Campaign. The 2002 ballot initiative victory and the lessons learned about managing a political campaign were just the beginning for the ambitious Apa.

After the campaign, Williams, Stern & Associates (WSA), a heath policy and evaluation firm, hired Apa to work as a Special Assistant to the company’s President.  Apa was responsible to help with grant writing and assembly, committee management and staffing, and client relations. “Some of the most important skills and tools I used out on the road as a campaign manager I learned working for my boss at a firm in Miami early on. She remains one of my greatest mentors, and she motivated me so much back then, I can still hear her words of encouragement now on rough days,” recalled Apa.

Her boss, an EMILY’s List supporter encouraged Apa to apply to EMILY’s List Campaign Corp in late 2003. The competitive program provides recent college grads with an intense weeklong campaign management training program before shipping them off to work on a campaign in the heat of the election.
Apa was selected and traveled to Washington, DC in 2004. 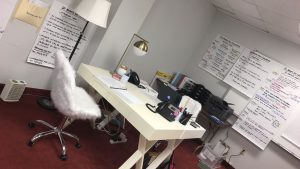 After training, Apa was sent to Philadelphia to work on a US Senate race. As the Deputy Scheduler, Apa’s desk was located the office that served as the “brain” of the large, professional operation, where the campaign manager and other decision makers on the race worked.  Apa was also greatly influenced by the campaign’s political director who later helped her return to Philadelphia to pursue her management and fundraising career. Watching campaign strategy develop and learning logistics, planning, timeline management, and candidate management inspired Apa. She decided right then that she would be a campaign manager.

Since 2004, Apa has traveled the country working as a political campaign manager and fundraiser for 75+ campaigns as well as as contractual hire for unions and outreach consulting firms. See Our Client Map.

Anastasia Apa served as a national trainer for Democracy for America from 2008 – 2012 and believes that training the next generation of fundraisers is critical. She said, “Success for progressive campaigns and causes is directly tied to the money. It takes money to get a message out. Without the money, we are powerless, at the mercy of those with the opposite message and all the money.”

Apa has a special passion for fundraising and has trained and built a strong coalition of professional fundraisers. She is currently working to develop a fundraising mobile application and several workbooks to help fundraisers at every level strengthen organization and planning skills, master the “common-sense” core principles and think beyond conventional fundraising methods. Learn more about the #RaiseMoneyApp™

Bring experience and face-to-face training and support with a professional ApaFirm Fundraiser straight into your home or office.
Contact us for more information about your unique package, customized to best serve your fundraising needs.

We interview, screen and provide placement for fundraising staffers interested in serving campaigns and causes.
Employers: Contact us for help hiring staff for your campaign or cause.
Fundraisers/Future Fundraisers: Contact us about employment opportunities.

Longer-term fundraising campaigns require detailed planning and day-to-day donor relations. We get it, we are good at donor relations because we do it with urgency.
Contact us for help preparing for and seeking funding. 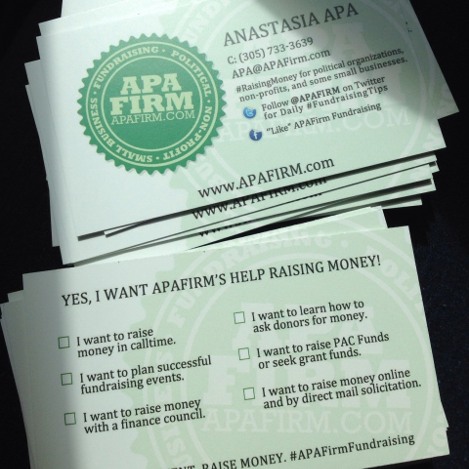 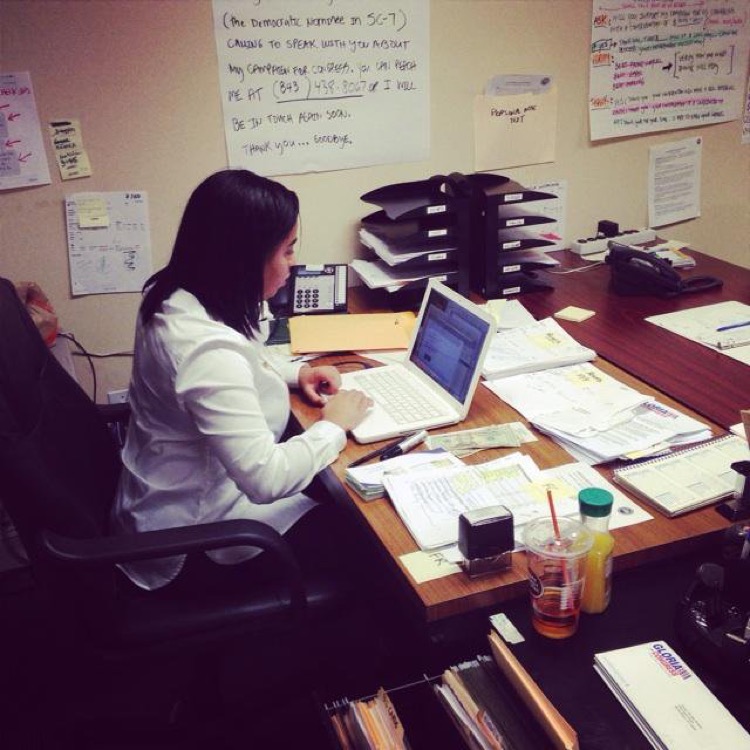 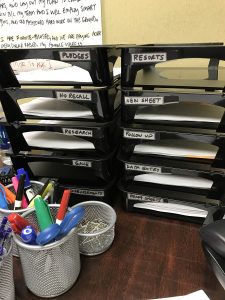 ApaFirm offers comprehensive fundraising planning and plan implementation services. We develop programs that include utilization of all fundraising tools including calltime, events, letter and online solicitation, social media fundraising, and political action committee (PAC) solicitation. We develop donor lists unique to each campaign and candidate, and tailor scripts and viability messaging to strengthen the connection between target donors and our clients, raising more money. We develop all social media, e-blast and snail mail solicitation language and work with your complete campaign team to weave fundraising into all elements of the campaign.

ApaFirm specializes in raising money in tough-to-win districts (conservative strongholds), with first-time candidates, and in races where money has not been raised before. We place a trained ApaFirm staffer on the ground with our client and manage the finance operation remotely through all-day check in’s, regular reporting, and videophone monitoring and training. Contact us for more information.

Managing a campaign means developing a plan and a matching budget. It means keeping the trains on the tracks and running on time. ApaFirm’s leadership has managed campaigns, on-the-ground, since 2002, across the country (check out our client map). We have extensive campaign management experience and specialize in planning and strategic decision-making. Our focus is building strong campaign infrastructures and offer fundraising services to ensure our clients have the funds they need to fully implement the campaign plan. Contact us for more information

We develop smart and easy-to-follow process to ask for contributions from individuals, companies, and foundations. Non-profits can fundraise through a variety of digital and traditional communication methods. Fundraising, in all of its forms, is crucial for nonprofits to complete their projects and fulfill their causes. Without fundraising, organizations would have no incoming revenue, so we focus on building strong foundations, or strengthening existing foundations – making sure there is a plan, budget and timeline in place – then, we implement a fundraising strategy unique to the needs and goals of the non-profits we serve. Contact us for more information.

We will not sell you lists and we will not sell your lists.  We develop donor lists unique to each campaign and candidate, and it’s included in the price.  Contact us for more information about how we approach list development to help you raise the bar and raise the money you need.

80% of all dollars raised for political campaigns typically come in from the calltime fundraising tool — we are experts at everything calltime.

We develop lists, scripts, follow up processes including letters, and we work with our candidates and staff to facilitate daily calltime, and maintain a database among other services.

We’ve raised money in small, rural communities and in big cities. Click here and have a look at our client map to see where we’ve been managing races and raising money since 2002.

#RaiseMoneyApp™ is the world’s first mobile application that teaches its user how to raise money using the comprehensive ApaFirm Fundraising System™.

Through customized scripts and message and technique training, the app helps raise actual dollars. The user experience includes fundraising role play and access to fundraising professionals through VideoFone-A-Fundraiser™ and other calltime-focused tools.

WHEN WILL #RAISEMONEYAPP™ BE AVAILABLE?

The scheduled release date for the RaiseMoney App™ is June 2019. The first version will be available on the Apple and Android Platforms. Mobile users will be able to purchase the application through their smartphone marketplace and download it on their smart mobile devices including phones, tablets, laptops and desktop computers. Sign up to pre-order RaiseMoney App™.

DOES #RAISEMONEYAPP™ ONLY WORK FOR POLITICAL FUNDRAISING?

The first version of RaiseMoney App™ will serve political fundraising programming but most of the techniques and tools can be applied to other kinds of fundraising, like non-profit fundraising. Since calltime is the highest producing tools for political campaigns, the focus of the application is on running and raising in calltime. The non-profit focused version is scheduled for around January 2020.

HOW MUCH DOES #RAISEMONEYAPP™ COST?

We are still working through how we can offer our users the most cost effective price points possible. We estimate prices will cost less than 4% of a comparable professional operation for a six month subscription. The RaiseMoney App™ is the first fundraising mobile application based on the ApaFirm Fundraising System™, which has raised more

Request more information about the #RaiseMoneyApp™

Please use the form below to share your fundraising needs.

RAISE THE BAR, RAISE THE MONEY WITH APAFIRM.

© ApaFirm Fundraising. All rights reserved.
RaiseMoneyApp™ and Video Fone-A-Fundraiser™ are trademarks of ApaFirm Fundraising in the United States and/or other countries.
Info@ApaFirm.com | (305) 733-3639 Direct
Powered by Nations Web Design

We're not around right now. But you can send us an email and we'll get back to you, asap.